These are my contributions to the project.

12/5/15 – This electrical box, like many others around the city, was commissioned by The Avenue Concept, located in front of Seven Stars Bakery on Broadway St. These electrical boxes are part of The Transformer Project, which aims to recognize and celebrate local artists as well as beautify the city. 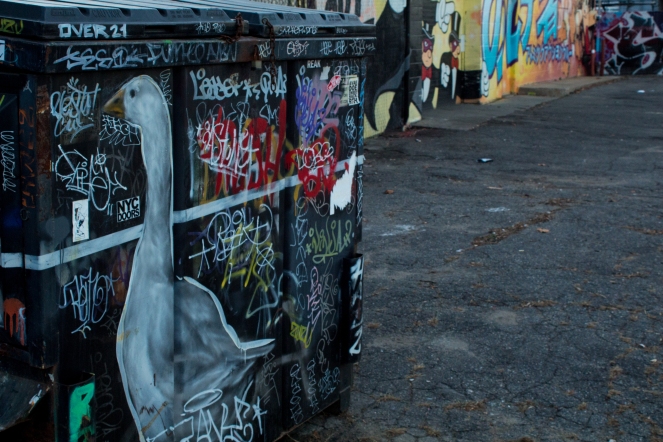 12/5/15 – The wall and dumpster outside of The Avenue Concept, located at 304 Lockwood St as part of a collaboration project called INOPERAbLE, formerly based in Vienna. The project was spearheaded by Nicholas Platzer and Nathalie Halgand, and commissioned many projects around the city in conjunction with The Avenue Concept. 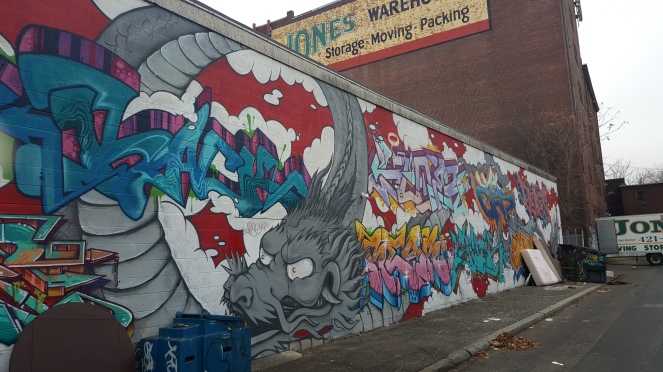 12/9/15 – The back wall outside of Firehouse 13, located at 41 Central St, is an extension of the venues continuing support of contemporary, innovative art and unique local artists.

12/9/15 – A mural on the back wall of Trinity Rep’s Performance Center designed by Obey Giant campaign artist Shepard Fairey featuring several iconic PVD images. Fariey attended RISD and cites PVD as the birthplace of the campaign. This mural was commissioned for AS220’s 2010 Foo Fest. 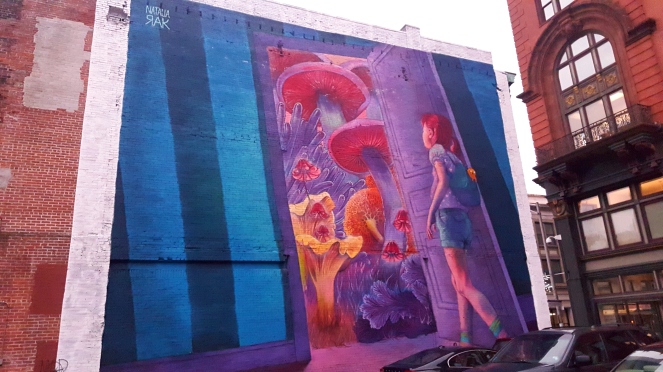 12/9/15 – “Adventure Time” by Polish artist Natalia Rak, located at the intersection between Washington St and Mathewson St, was curaed by INOPERAbLE gallery in partnership with The Avenue Concept. It is part of a project called INFLUX, which started November 14th, 2015.

12/9/15 – “She Never Came” by another Polish artist, Bezt, is also part of INFLUX. It is located on the opposite side of the parking lot “Adventure Time” is in. Many artists, both local and national, have created installations around the city to contribute to this project.

12/9/15 – “Three Waves for Coastway” by RISD alum and faculty member Amy Bartlett Wright was commissioned by Coastway Community Bank and AS220. It is located adjacent to Coastway’s branch located at 180 Washington St., and was painted with the natural history of the Ocean State in mind.